Walking out of Bognor is fairly straightforward – until I hit Aldwick where private houses block anything but a shingle beach walk and the sky is darkening to give us the first rain for weeks. A passing fisherman, seeing me struggling into my rain gear mutters something about it only lasting 5 minutes – and he’s right. Walking on, hopping from decking to concrete slab to avoid the shingle I am stopped in my tracks by the VERY LOUD boom of what I take to be thunder – it is only later I realise that it was 11 am and the noise was the the guns going off to mark the birth of the new royal! After a few encounters with private estates and subsequent detours inland I reach Pagham Beach and stop for a cup of tea in the rock and roll cafe. 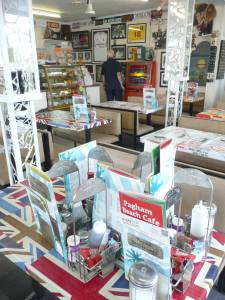 Leaving the shingle beach I opt for a narrow road running parallel, through tightly packed bungalows and sea shacks, until I find myself in a carpark almost at the mouth of Pagham Harbour. Unsure as to where to go next I consult the map and see a narrow ribbobn of land off to my right which I hope will take me over to the holiday park I can see in the distance. The only vehicle in the carpark contains a sleepy electrician who knows nothing about the area so I have no choice but to go and have a look myself – I do hope I won’t have to retrace my steps in this unremitting heat. Hurray! I find a path and a good one, wide and grassy, gaps in the hedge allowing me glimpses of sparkling blue water, the humble bindweed coming into its own.

Very soon I come to the official entrance to Pagham Harbour, a nature reserve with many crisscrossing trails for walkers and birdwatchers. 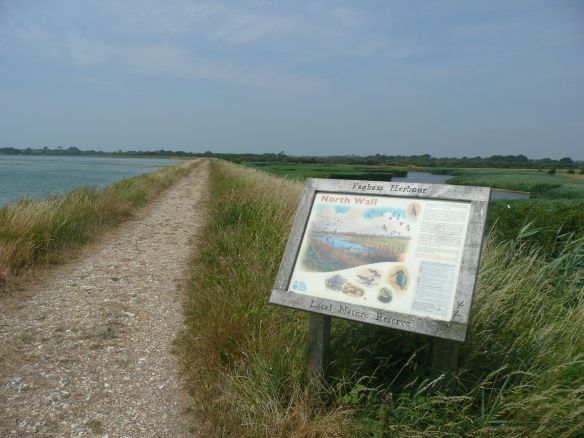 Rounding a tight corner I almost crash into a man with a pair of binoculars round his neck staring disconsolately at the path in front of him. This was the one he had set out on that morning but his way back was now blocked by the tide. This meant he was walking my way so we fell in step – this accounts for the only picture of myself on the walk so far (as far as I remember). 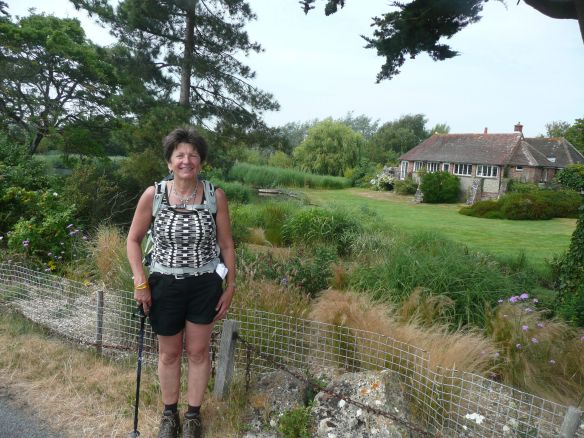 After being treated to an RSBC honey and ginger ice-cream Ray and I parted company and I set off down the west side of the harbour towards Church Norton. Coming out of the church I then follow the sea wall into Selsey, (Seal Island)  the home of the late Patrick Moore. Stepping carefully around lobster pots, past the strange lifeboat station, I make my way down to the point known as Selsey Bill where I join a small crowd watching a seal hump its way across the rocks and slither into the sea. I was too far away for a good photograph. 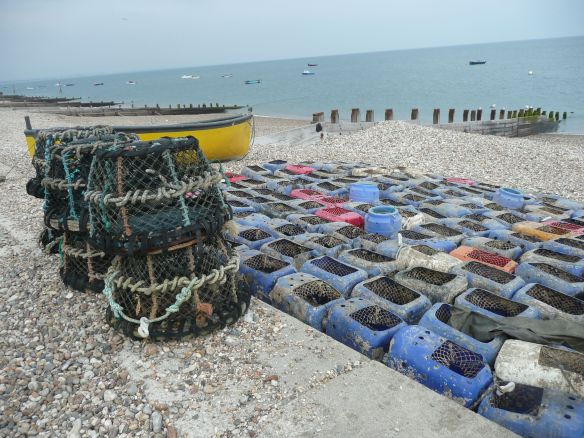 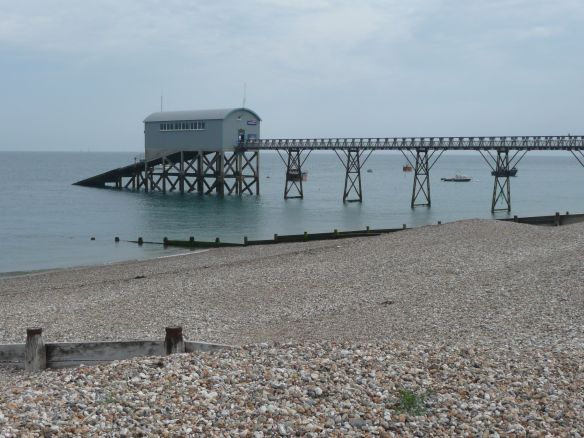 By this time I am very tired and my iphone is dying, so I decide to leave the walk to Bracklesham until tomorrow.