I have left London very early this morning to get to Fowey in time to walk to Polkerris before sunset. My legs take a while to shake off the stiffness of a long train journey but I soon fall into the regular pace of road walking, through Readymoney Cove and up onto the cliffs –  bypassing St. Catherine’s Castle as I am conscious of the late start.

After a while the path opens up into rolling green fields – it is not a bad day considering the weather forecast had promised heavy rain showers and gale force winds! I pass through several gates and one leads into a field of cows with a few calves, I avert my eyes and walk quietly past them. 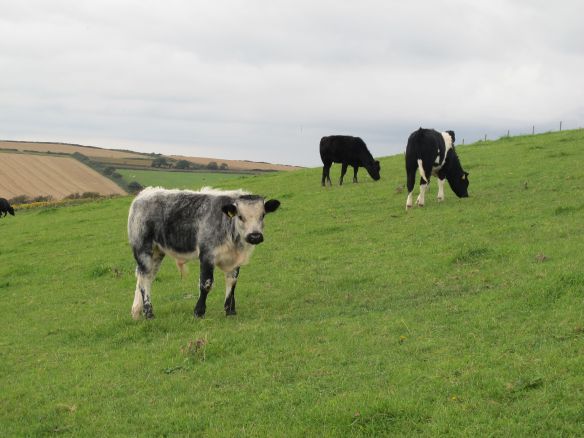 There are not many walkers about but I have been conscious of a group of people behind me for a while. A group of three, a man my age, a younger man and a young woman. I have also been aware of the fact that the young man keeps breaking away from the group  and marching ahead, obviously impatient with the pace. I meet these three later in the pub in Polkerris and discover that the young man had run the West Highland Way in 25 hours! It took Damian and I ten days to walk it……..

After a few more quite strenuous climbs I reach Polridmouth Cove and its wonderful “cottage” that is now a summer let. The cottage and boat house are part of the Rashleigh Estate with the grand house “Menabilly” hidden behind woodland a little further inland. This is Du Maurier country, having discovered the house one day when out walking, Daphne asked the Rashleigh family if she could rent it and then lived in it for over 20 years – it is said to be the inspiration for “Manderley” in the novel “Rebecca”. 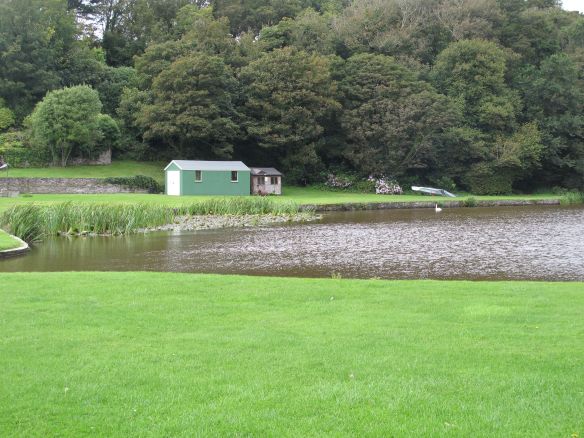 During WW2 the beach was mined and the man-made lake was lit up and used as a decoy for Fowey harbour. 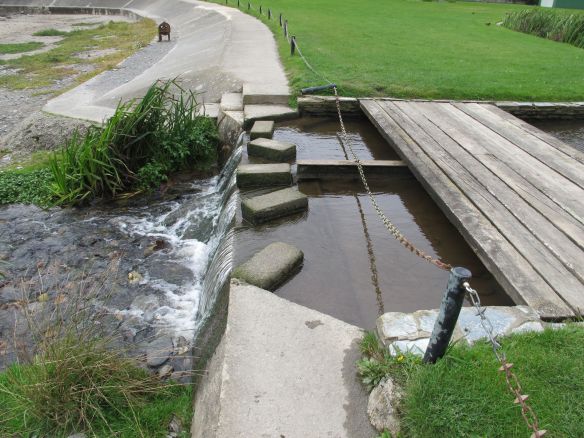 Up on a hill above the cove is a cheery red and white striped tower, a crowd is gathered around the information board and I don’t want to wait but I later find out that it was used for day navigation to distinguish Gribben Head from Dodman Point, a little further down the coast. 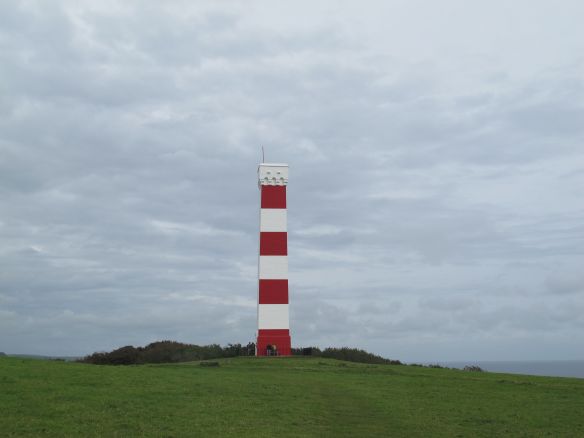 From now on the path leads me along the top of the cliffs, one kissing gate after another (and no-one to kiss!) through fields and eventually a lovely stretch of woodland. A stone wall catches my eye – I haven’t seen that many where flat stones are placed vertically. 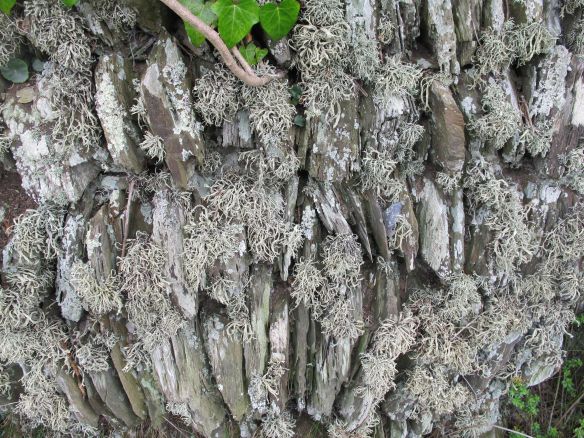 ……….and then down to the beach at Polkerris which gives me a better welcome than the dogs.  I have made good time and it’s a respectable hour to sit down with a pint. 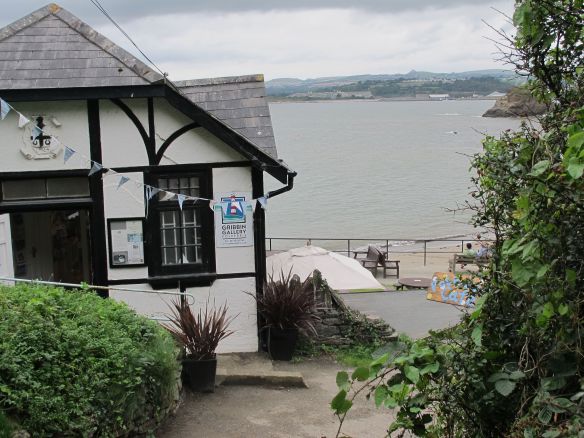