Built in the 1720’s by Britain’s first prime minister Sir Robert Walpole, Houghton Hall was passed to the Cholmondeley family at the end of the eighteenth century. The current owners, Lord and Lady Cholmondeley (pronounced Chumley), are great fans of the American sculptor James Turrell and his explorations into the effects of light. Damian and I have come to see the Lightscape exhibition on a wet day in October. We are also planning to do a walk along the north Norfolk coast. 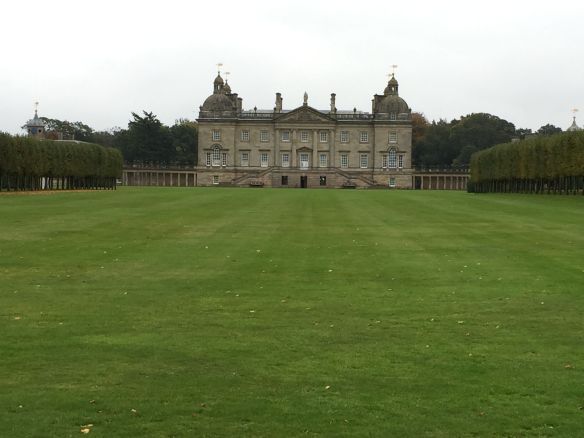 In the ornamental gardens is a piece by Jeppe Hein, a Danish artist – a delightful confusion of the senses.

……..and this is a ha ha – the wiki description is precise enough. “A ha-ha is a recessed landscape design element that creates a vertical barrier whilst preserving an uninterrupted view of the landscape beyond. The design includes a turfed incline which slopes downward to a sharply vertical face, typically a masonry retaining wall”. This is how the lords of the manor could keep cattle from trampling their manicured lawns without erecting a fence which would spoil the view – clever. 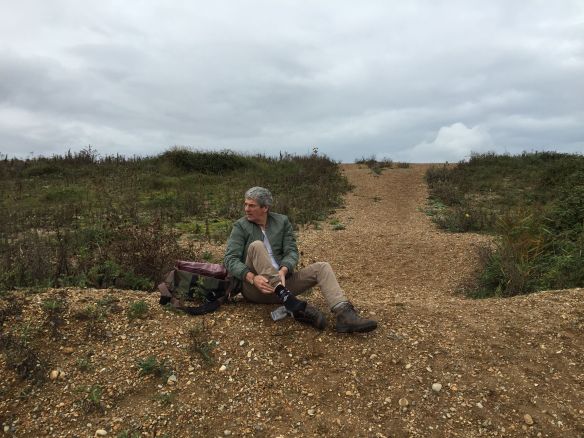 The landscape is particularly featureless but it is not raining – there are a few people out for a Sunday walk.

It is not long before we reach Heacham Dam which is a sea defence scheme protecting the marshes from the high tides of the Wash. 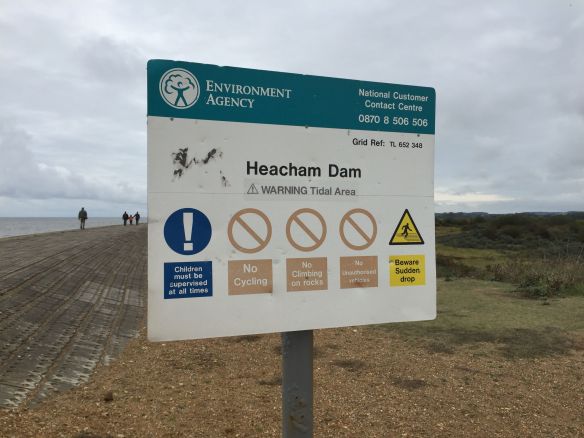 As we get closer to Hunstanton, more protection from the sea becomes apparent……

……and later a strip of seaside holiday entertainment, all looking a bit end of season. 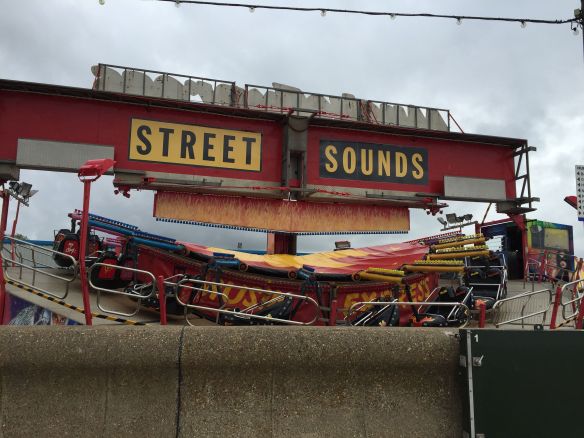 As we walk along the sea wall I look out to sea and spot a strange looking craft approaching us. It comes closer and closer and it soon becomes apparent that it is heading for the beach – the penny drops. This one is called the Wash Monster and we have one like it in London, the Duck boat (which burst into flames and sank quite recently, leaving terrified tourists with the only option of jumping into the Thames). 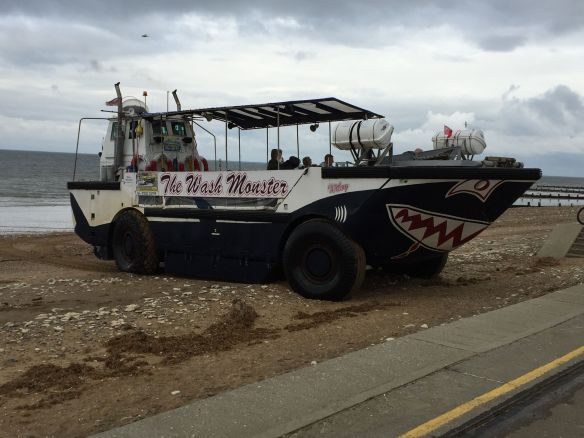 Further investigation by Damian reveals that this one is an ex-military vehicle manufactured in 1967 for use as a landing craft by American forces in Vietnam. The company has two of these strange creatures offering coastal sea tours around the Wash.

We are now in Hunstanton where we are entitled to take the car to Old Hunstanton as we had walked the few miles between the two yesterday. Leaving the car in a beach car park we have a quick cup of tea and set off along the beach in the direction of Gore Point.

The sea here is miles away although there are small lagoons beside the path. I notice the prints of horses’ hooves – what a great place to go riding, on this vast stretch of sand. As usual I wonder if I could do it now or whether the stiffness and fear of falling off would dampen my enthusiasm.

After a while we realise that we are a little lost, soon confirmed by a sign in the dunes.

So back we go through the dunes until we find the sign leading up to a raised path, running parallel with the golf course. From now on it is easy walking along a boardwalk, through Holme Nature Reserve where we meet quite a few groups of birdwatchers, laden down with their equipment. 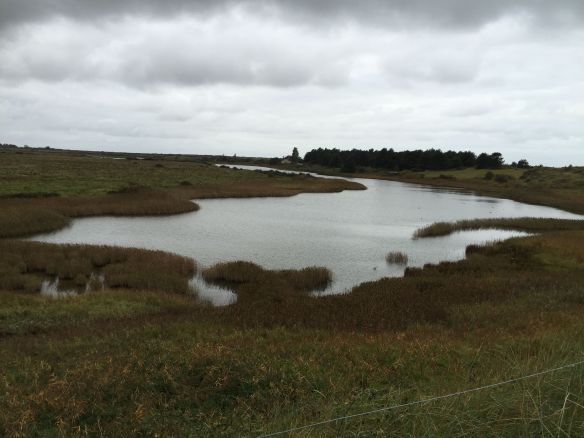 The raised path continues through the marshes, past small boats stranded in the mud until we come out onto a tarmac road with a sign pointing towards the Lifeboat Inn. We need no further encouragement – inside there is a roaring fire and real ale.