I have had Hartland Quay in my head for months and when we arrive after miles of driving down a narrow twisted track it does not disappoint. Round the back of the hotel, perched on the edge of the Atlantic Ocean, the jagged profiles of black granite cliffs slide into the sea. Perhaps due to its isolation, the atmosphere around the hotel reminds me of a ski station. 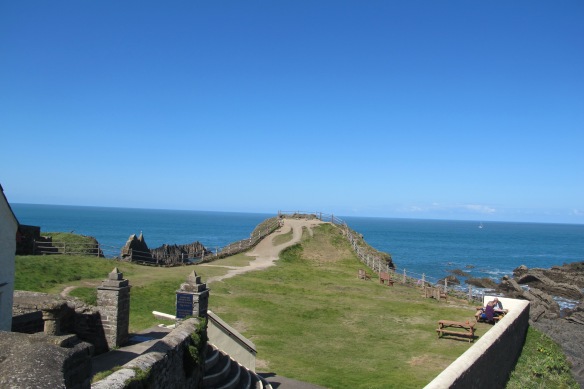 After checking that we have enough water (a lesson recently learned the hard way), we set off south along a wide grassy track. We have been told this may be a difficult walk with more than its fair share of steep ascents and tricky descents but I’ve learned not to listen too closely to people’s opinions. We all have different pain thresholds.

Our climb takes us up and down St Catherine’s Tor – there is road access here and a few people have arrived with surfboards. Looking at the sharp tooth comb of rocks on the beach I wonder where they are thinking of surfing.

From here the path meanders across the top of cliffs and there are no more serious climbs or scrambly descents – we make good progress. I do however, know from all accounts that the first part of this walk is easy and the torture comes later. At Mansley Cliff the signpost directs us down onto a narrow tarmac road and then things go a little awry. The repetitive walking on tarmac in hot sun results in a lack of concentration and us missing the point where the road joins the coast path again. 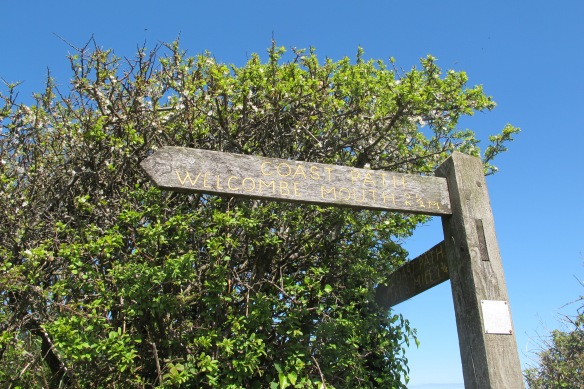 We find ourselves in South Hole, a well heeled hamlet full of pretty well kept summer homes – there is no-one around.

We do eventually find a Londoner who points us in the right direction with a recommendation – the bluebell woods further down the road. And indeed it is a lovely walk down the shady lane. 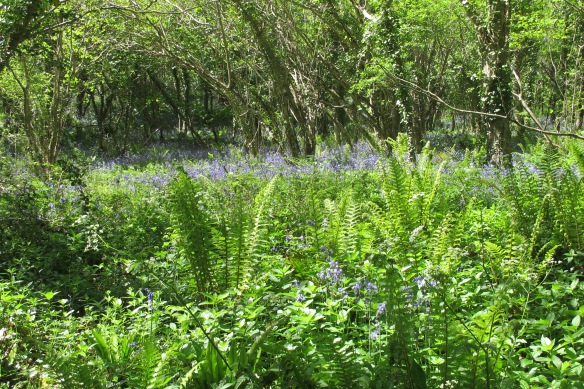 Eventually we follow a footpath off to the right which takes us down into Welcombe Mouth where there are stepping stones – I love a stepping stone.

From the bay the path rises steeply but on the descent we discover a poet’s hut. The hut was the retreat of the poet Ronald Duncan and is now looked after by his daughter.

Inside is a visitors book to sign, photos from his life and excerpts of poetry.

I am a little underwhelmed by his work but struck by another poet’s contribution. 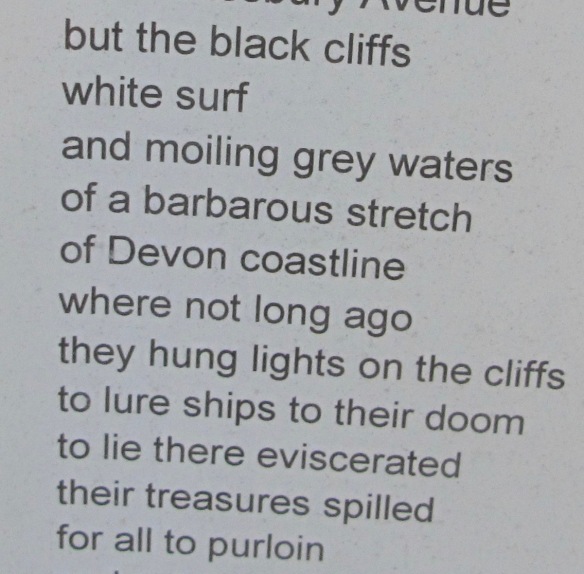 Thinking of the razor blade rocks of this coastline I think the choice of the word “eviscerated” is genius. Unfortunately I thought I had written down the name of the poet  but no.

Onward we walk in the hot sun, up and over Marsland Cliff where we are suddenly back in Cornwall. 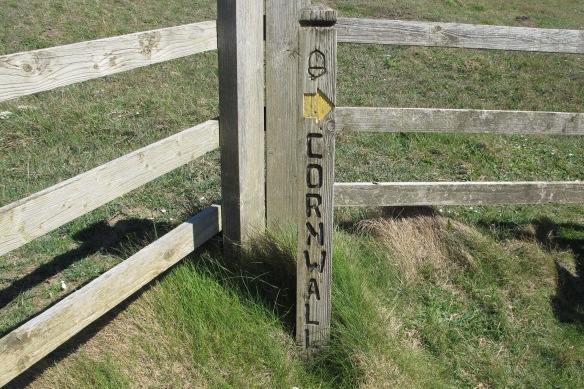 …and then almost immediately the path rises steeply again up and over Cornakey Cliff and then one more – the bizarrely named Henna Cliff.

….and who is this charming fellow not exhibiting a trace of exertion?

Eventually the spire of the church at Morwenstow comes into view and the path levels out.

But before we finish we have another hut to visit. 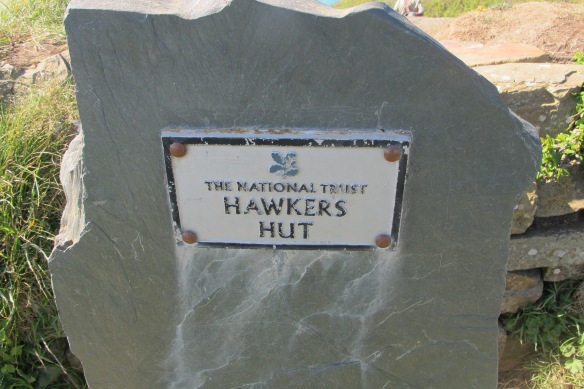 Down a short flight of stone steps to the right of the coastal path is the smallest National Trust property in the country. The hut was originally built from wood from shipwrecks by the eccentric clergyman and poet Robert Stephen Hawker. This was his refuge where he allegedly spent many hours writing poems and smoking opium.

And what a view! 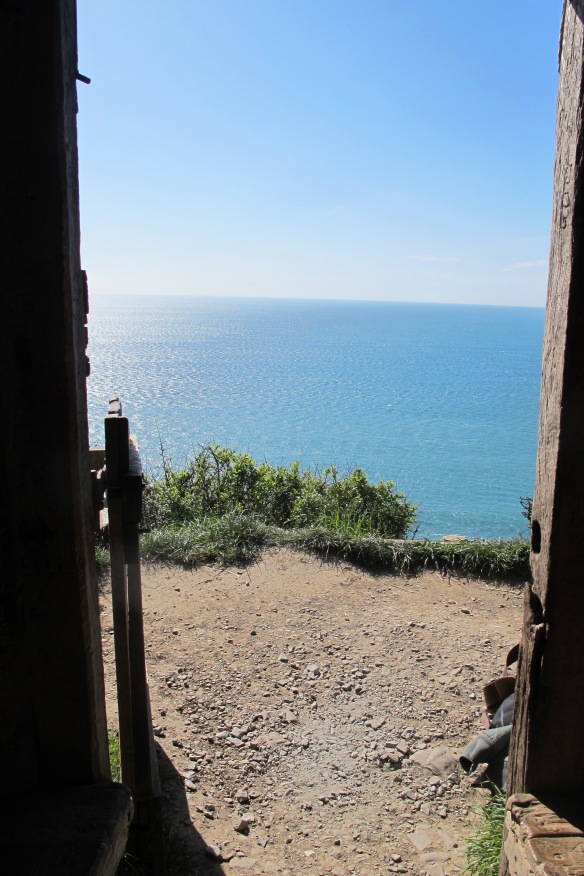 Coming back over the fields we rejoin our car in the carpark of the wonderful Bush Inn. It has been a hard but exhilarating walk and to top off the day we are treated to an evening of folk music from a band of local minstrels settled comfortably in a corner of the inn.