Back to the land of red telephones that actually work – not only one but two……..albeit tagged.

I am back in Barnstaple and instead of turning left along the river as I did some months ago, I am now turning right to follow the Tarka Trail which runs along the right hand side of the estuary up to Braunton. 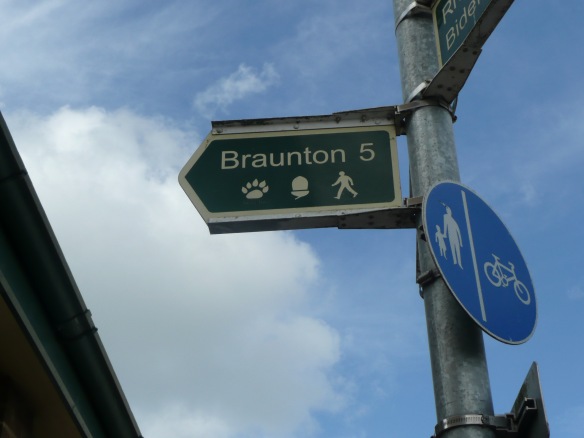 It is a long straight tarmac path and cyclists whizz up behind and past me, their urgent bells making me jump.

To my left geese and seagulls squabble loudly…

……and small lagoons form lovely organic shapes in the sand…….. 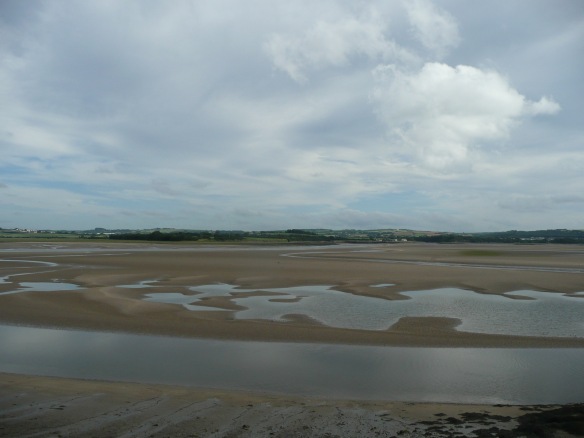 At one point I am tempted to sit for a while but having got off the train at 4pm I am keen to cover a reasonable number of miles before supper. 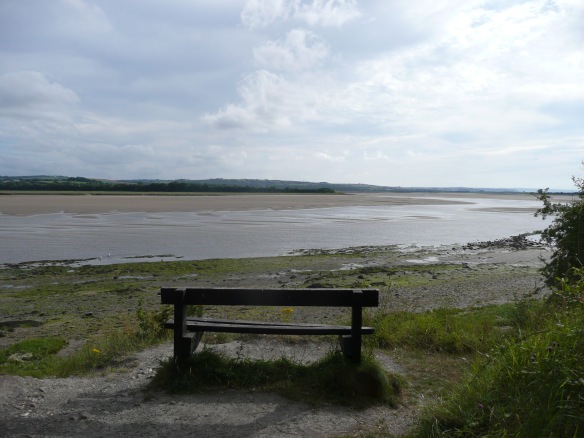 Later the path leaves the estuary and moves up through woodland and up past the heavily guarded airfield at Chivenor. Originally a civil airfield, it was taken over by the RAF during the second world war and later transferred to the Royal Marines. 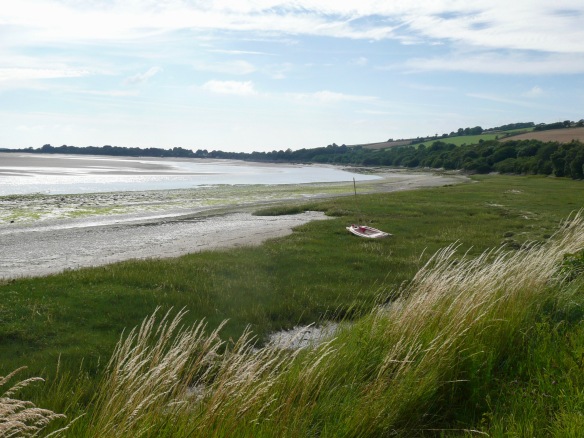 The 2011 BBC television series The Choir: Military Wives featured Chivenor. The programme documented choirmaster, Gareth Malone, forming a choir of wives and partners of Chivenor personnel deployed on active service in the Afghanistan War. In forming a choir, Malone aimed to raise the women’s morale and raise their profile in the public perception. The song Wherever You Are was recorded by the Military Wives Choir and was released as a single in December 2011, with proceeds going to the Royal British Legion.

Just past the airfield the path stops at a junction in an area called Velator – this is where I stop for today and where I will resume tomorrow.